You wouldn’t call it a slasher movie, but it’s funny, violent and works with tension, to result in an excellent twist. There are some really good elements in this movie, but it’s not as clever as it thinks it is.

During a wild hurricane when a group of 20-somethings plan to party at an isolated family mansion, a party game goes horribly wrong with a dead body on the ground, lots of backstabbing and fake friends at every corner. 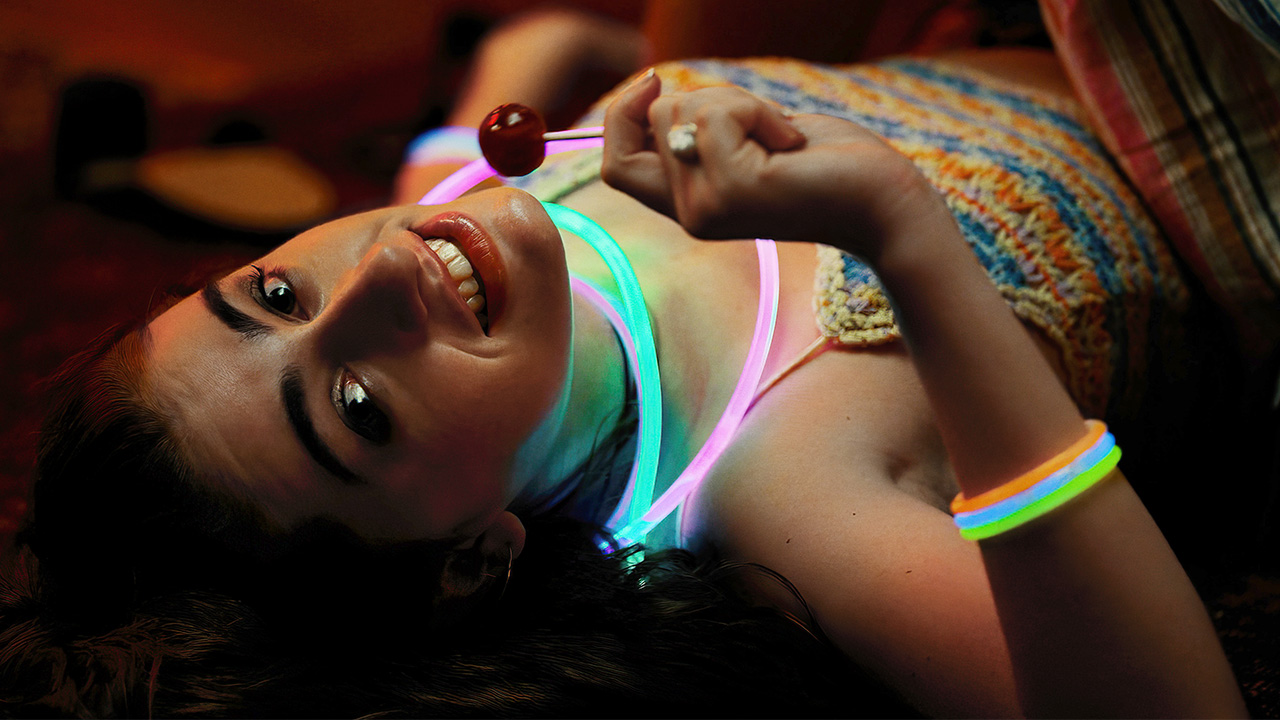 The film centres on themes of murder, a character accidentally killing himself and crude humour.

The film contains depictions of large amounts of blood detail and several injuries, as well as brief shootings, implied stabbings and footage depicting a character accidentally killing himself with a machete.

There are multiple sexual references throughout the film, including sexual gestures and use of the word “f**k” in a sexual context.

Bodies Bodies Bodies is not as brilliant brilliant brilliant as it looks or thinks it is. One of the biggest things that could help an audience enjoy this movie more than they would’ve originally, because it’s fairly entertaining and there are some unexpected strengths present during the tension, is honestly for them to just forget all of their expectations, except for the concept of the game our characters play, and start again with being explained to about what this movie really is.

Some moviegoers on the other hand would appreciate to have their expectations without any new information and others will like to just see a movie that the biggest thing they know about is the title, which is perfectly reasonable. But if you do not fall into these categories and feel like the film will be exactly like the trailer, it’s worth noting some of these things. If you did not know, Bodies Bodies Bodies is a new horror-comedy about a group of young fools who have a mansion party during a hurricane, but everything goes horribly wrong when their friend’s dead body turns up and they begin to suspect each other of murder.

Even if the first two acts of the film are only satisfactory to you, it’s worth seeing it through until the end because it’s an occasionally clever film with the killer being one of the identities of the group that you will never see coming. It’s unexpectedly original and well-presented, however, a lot of people will see this ending as unfulfilling, disappointing or completely ruining the entire movie. Focusing on the entertainment and fun-providing aspect, Bodies Bodies Bodies is quite satisfactory and movies like 2017’s The Babysitter with Samara Weaving look similar but do much better.

There are plenty of goes to keep you going through this movie, although most of them and the best are obviously shown in the trailer. The direction makes you feel like you’re watching real life and with the amount of arguing and frustration between the characters, the writing is only made acceptable by the solid acting. It’s also more of a whodunnit mystery than a slasher horror-comedy movie, so you’re better off with something like Happy Death Day which is pretty much perfect for the genre.